Fear kept me from posting something I wrote a while back.

I finally posted the story that scared me this week.

Why Can’t You Drop Your In-Laws off at a “Safe Haven”, No Questions Asked?

I had time to think about it and well, my in-laws know me.  They have known me for over twenty years.  They know I tease.

I tell stories and I tease in stories I tell, (my husband Jim says I would NEVER exaggerate.)   When he says, “NEVER” he looks up at the corner of the room and the word, “NEVER” doesn’t sound like the other words in the sentence. 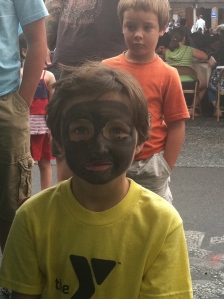 I was not prepared for someone I am not related to, even by marriage, to take issue with my post.

It wasn’t on Word Press where I park my thoughts, but on BlogHer where I occasionally copy a post I think might be well received there.  I mean, come on, this is a story about a woman complaining about her in-laws and BlogHer is supposed to be female readers, right?

Whapppow!  Right to the back of my head.

A section editor over there let me have it in my comment section.

Here is the thing, I like this fellow bloggers style and respect her work and she has been very helpful to a newbie like me.  I even respect her for calling me out on it, (I will let you click the link above to read the comment for yourself.)

Here is what I deduced and replied with…(oh yeah, all in the comment section because I am a wordy girl.)

I think Safe Haven is an amazing program.  The entire concept is genius as I appreciate any government program that calls for the care of a child as an immediate priority instead of placing blame on the mother or father.  I realize that everyone has their own circumstances and I try VERY, very hard to not judge as I have not walked in someone else’s shoes.

I also work very hard at having a good relationship with my in-laws and the comment was made in good fun.  I would never really think anyone would think I was serious as it was simply a play on “walking in someone else’s shoes.”  If someone had been walking in my shoes they would realize that I would never want anyone to think I REALLY wanted to drop my husbands parents off at a fire department.  I never really would turn the porn channel on in the guest room to try and help them, “get along”.  However, I have sat up late into the night trying to think of ways to help them.

I was applauding Safe Havens as being a GOOD IDEA and thinking about a world in which it could be applied to other groups that need help.  If I could get a grown adult help without being judged for running out of options or lacking in the ability to help them anymore it would be great.   We really have though thought that their spouse might leave them with us.  I guess we are their “Safe Haven.”

I apologize if I offended you as I really think the entire Safe Haven program is great.  Sometimes I think I am funny and sometimes “getting” to funny I may have inadvertently insulted someone.   In this case I think we both agree that Safe Haven is a necessary program.

I also can tell you my dad in Michigan adopted me at three after my biological father signed off on custody.  I can also tell you that I have very real memories of having a dad and then going to see a judge who told me that I have a “new” dad.  I and am VERY aware of the ramifications of words related to adoption such as “real child” or “not really his” or “unwanted” and the list of words and phrases cut.  I feel in this case, and for me, it more of a compliment on a program that I obviously feel is genius.  I don’t think it is funny to write a “funny” story about REAL Safe Haven, but a fake Safe Haven to drop off your in-laws..I (still) do think is a little funny.

I joke about being anal retentive about things that don’t matter, but people really do have mental illness.  I joke about being messy but there are really people who have diseases that make them hoard.  I joke about having a cup holder as a bellybutton as a “birth defect”, (I give birth to double digits every time) and there are really people who have birth defects.  I have the attention span of a fruit fly and I blame it on a lead pacifier that I am convinced that my parents gave me, but there are people who really have contracted lead poisoning.   I tease about my poor writing skills and my inability to figure out how to use a comma, but there are people reading that have learning disabilities.

If I didn’t write things that MIGHT offend someone, I would never write anything.  When I was writing this story I was only worried about offending my in-laws.  Insulting anyone who has ever been touched by adoption, which is nearly everyone, had never been a worry.

I hope you understand and hope you might get to know me enough one day that you would know that hurting people is not even close to what I am about.  I do admit that I find things to laugh about but that comes from waaayyyyy back.  That comes from the same place that the people who like to make people laugh draw from.  I kind of consider it a gift, even if I had to go around the block a bit to receive it.

End of my BlogHer response.

Then I thought, this is a post!  This is something I need to share with my WordPress friends!  What if they too have a bellybutton that turned into a cupholder.  What if I have insulted anyone that has wiped their boogers on the walls for someone else to clean up when I lied and said there was a “Booger DNA Test” that is sold at Walgreens?

And I bet you thought I was a terrible person for the first photo at the top of the post.

-Abbie, for all that makes you smile, laugh, think, love, cry, or cry laughing.

Why I Will Never Be Freshly Pressed

allthatmakesyousmile.com
If you think you can handle me hit the “follow” button and I will explain later the booger test I mentioned, (I tweeted it but I will elaborate on “Booger-Gate” and Lord knows you don’t want to miss that when I do.)

4 thoughts on “Is it Possible to Write Without Insulting? I Say, IMPOSSIBLE!”