It is occurring to Peter that while being the youngest in the house that he may also be the smartest. This is a very frustrating situation for a seven year old to be in. Could you imagine figuring out that not only are you smarter that your twelve year-old twin brothers you are also smarter than your mom and physician father? I couldn’t imagine the burden he has to carry. 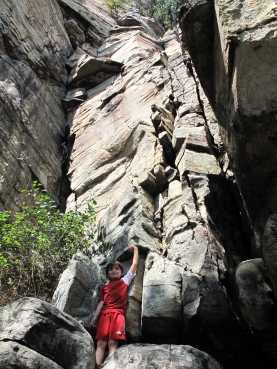 Peter likes to ask us questions that have no real right or wrong answer but instead he wants to test your reasoning. 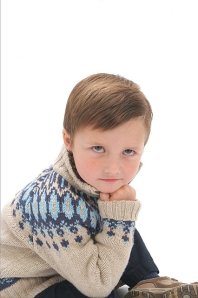 I found myself in a self imposed “reflection time” when Peter asked me,

“Would you rather have an extra finger, or a unicorn horn out of your forehead?”

I knew if I answered his question “wrong” I would devastate him. It would be even more evidence of his superior intelligence. If my answer doesn’t jive with what he feels is the correct train of thought…

…he will reply, “WHAT?!” “Why would you say that?!” He then goes on to explain why I haven’t thought his quandary out.

I sit in my bathroom on the side of the tub and I realize this is ridiculous. I also think I know what to say. I finally emerged from my bathroom and announced calmly,

“I would prefer an extra finger.”

Peter replies, “Me too.” with much satisfaction on his face.

When my husband Jim walks in the door from work Peter presents the same question to him in which Jim replies quickly “a unicorn horn of course!” I am standing behind peter scrunched down with a look of “eeeek” on my face shaking my head NO to Jim.

Peter raises his hands in frustration and says, “What? Why? If you have an extra finger you could carry an extra knife!” He then walks away with his eyes in the top of his head and his shoulders hanging low. I am certain he is thinking he will be supporting us all soon.

“My dad is so embarrassing.”

13 thoughts on “Unicorn horn or an extra finger?”